LASIK (Laser-Assisted in situ Keratomileusis) is the most popular method in the world to repair eye refraction (Myopia, Presbyopia, or Astigmatism). The LASIK surgery is performed by an ophthalmologist who uses a laser or microkeratome to reshape the eye's cornea in order to improve visual acuity. For most patients, LASIK provides a permanent alternative to eyeglasses or contact lenses

LASIK was first introduced in Indonesia by JEC in 1997. And until 2015, JEC has conducted nearly 30,000 LASIK procedures with a keep evolving technology.

Before introducing the LASIK procedure to Indonesia, JEC has provided Photorefractive Keratectomy (PRK) procedure since 1993, as a procedure for correcting minus cylinder in the eye, by reshaping the surface of the cornea. Along with the development of technology, this action is not much conducted anymore except in special cases such as the thin cornea.

LASIK action is suitable for everyone who needs a practical appearance to support the dynamic activity, because LASIK action will eliminate dependence on glasses or contact lenses.

Due to the differences in the conditions of each person, it is advisable to consult with our ophthalmologists team at JEC, which has handled nearly 30,000 LASIK surgery.

After irradiation is completed, the flap is returned to its original position. In less than 3 minutes flap will cling by itself without the need for stitches. This procedure entirely uses advanced technology with a very high degree of accuracy. LASIK without Knife Surgery (Bladeless Laser Surgery) produces a very smooth surface, thus improving the quality of vision
JEC also the pioneer who introduced the Femtosecond Laser technology in Indonesia. Femtosecond Laser is an infrared ray with more accuracy than other laser technologies. The Femtosecond  Laser can cut with a very low level of heat, and work in ultra-short impulses light which able to make a hole as small as 1 / 100mm in just 1/4 trillion per second.
The Femtosecond technology was introduced by JEC in 2006 with the Intralase 150 kHz, and in 2008 the machine was upgraded to a more advanced Fentomsecond Laser Ziemer 2500 kHz.
In 2012, JEC adds the Ziemer CrystalLine 5000 kHz. With the availability of the advanced technologies in JEC, has made JEC as the most complete and advance LASIK service in Indonesia today. These technologies made the LASIK procedures at JEC to become more efficient, faster, and more comfortable. Suitable for everyone who already 18 years old and over, who are active and wish their activities not getting impeded by glasses or contact lenses. Of course, LASIK is also suitable for seniors who are still active generation activity.
Here is the available LASIK Service at JEC.
CoZi LASIK
JEC started to utilise  CoZi Lasik from 2008. CoZi Lasik is an improvement from the IntraLASIK. The technology was produced by the Ziemer Group, a Swiss-based multinational company with great reputation in the Ophthalmology field, the technology already approved by the US Army, US Navy, US Air Force, Marine Corps and NASA improve eyesight.
7D LASIK
7D Z-Lasik is the fastest LASIK technology today. This technology utilized to removing minus, plus, and astigmatism conditions on our eyes with higher accuracy and improved safety level from the previous technology.
IntraLASIK
Was first conducted in Indonesia in 2006 by the JEC. LASIK without a scalpel using Intralase Femtosecond Technology (IFS) at 150 kHz combined with the German technology machine; Allegretto Wave 400Hz EyeQ (Excimer Laser) which is the world's fastest LASIK machine in during the era. Currently, the JEC had upgraded IntraLASIK technology with the latest technology.
The difference between CoZi LASIK and IntraLASIK
LASIK XTRA
LASIK Xtra is a procedure performed after LASIK action to bind collagen fibers in the cornea, to increase the strength of the cornea. This action is intended for patients with the weak or thin cornea to reduce the risks after the LASIK procedure.
The LASIK Xtra procedure usually performed thirty seconds after the regular LASIK procedure is completed, to improve the durability of LASIK correction in patients.
The process of LASIK Xtra
The LASIK Xtra procedure can also be done even if the action LASIK has been performed several years earlier. Your doctor will probably give advice about this procedure if deemed necessary.
No-Touch LASIK
If the patient’s eye minus condition is above 14 or been diagnosed with the thin cornea (below 500 microns), then usually the ophthalmologist will suggest the No-Touch LASIK procedure. With the No-Touch LASIK, the whole ablation process is done digitally without any equipment touching the surface of the cornea.
Microkeratome LASIK (M-LASIK)
JEC also the pioneer in utilizing Microkeratome in Indonesia in 1997. The microkeratome is a microsurgery procedure using a very small scalpel, to make an 83-200 micrometer-sized flap on the cornea. Our cornea, usually between 500-600 micrometers thick (1 micrometer = 0.0001 centimeter)
Advanced Surface Ablation (PRK, LASEK dan EpiLASIK)
Some patients with a thin cornea condition, usually not recommended for the LASIK procedure. They usually suggested undergoing Surface Ablation to correct the refractive problem.
Advanced Surface Ablation is an effective technology to correct eyesight by utilizing a laser. The technology will fix the minus, plus and astigmatism with a very minimal touch to the eye’s surface. The technology is also known as Photo-Refractive Keratectomy.
You’ll be suggested to undergo this procedure if:
The result for Advanced Surface Ablation is as good as LASIK in the long term. But the healing process usually took longer. During the healing process, ophthalmologists usually suggesting the use of contact lenses. The lenses will be put on and put out by the doctor, so the patient doesn’t need to touch the contact lenses.
Always consult each of your conditions with the ophthalmologist's team at JEC for comprehensive information about procedures that’ll fit your condition.

Keratoconus eye condition.
Crosslinking
Crosslinking is the primary procedure to improve the condition of patients with Keratoconus.
Keratoconus terms taken from the Latin, kerato (cornea) and Conus (horn or cone). If the condition is already in an advanced state, the shape of the patient's eyes will look like a cone when viewed from the side. Because of the abnormalities of the shape of the eyes, the vision, of course, will be disrupted.
The symptoms are mostly similar to symptoms of other visual disturbances, such as blurred vision or excessive glare. Therefore, you should consult your doctor at JEC if you experience any interference with your vision.
Keratoconus can be caused by various things, one of which is due to an enzyme imbalance that weakens the corneal tissue. Also caused by excessive direct UV exposure. Keratoconus conditions generally can be repaired, or to inhibit the process by strengthening ties through the action of collagen crosslinking.
Patients with the Keratoconus condition can not undergo the LASIK procedure. Always consult your visual health to the JEC. The doctors are always committed to providing you the best assistance for your vision, then do not hesitate to consult to improve the quality of your life.
Click Here for LASIK Fares
Fill Out Form
fb tw wa 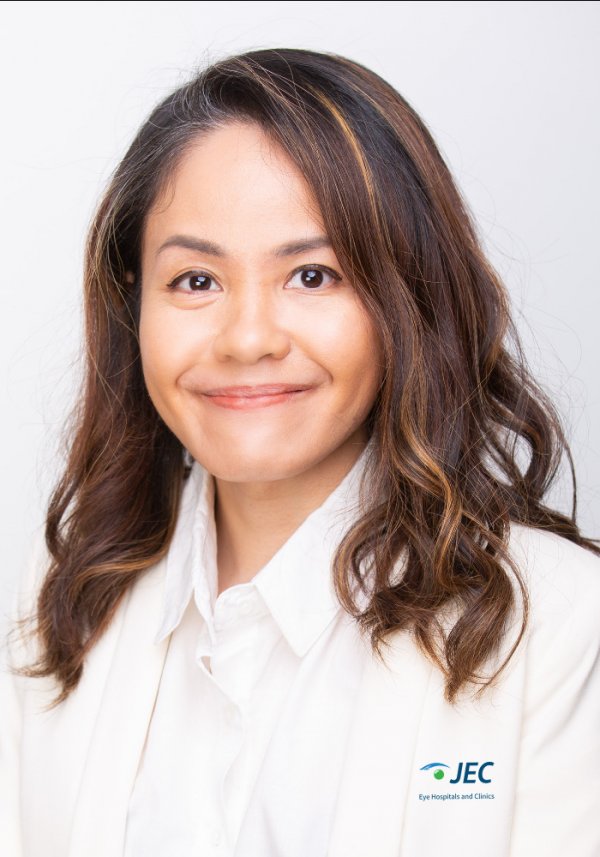 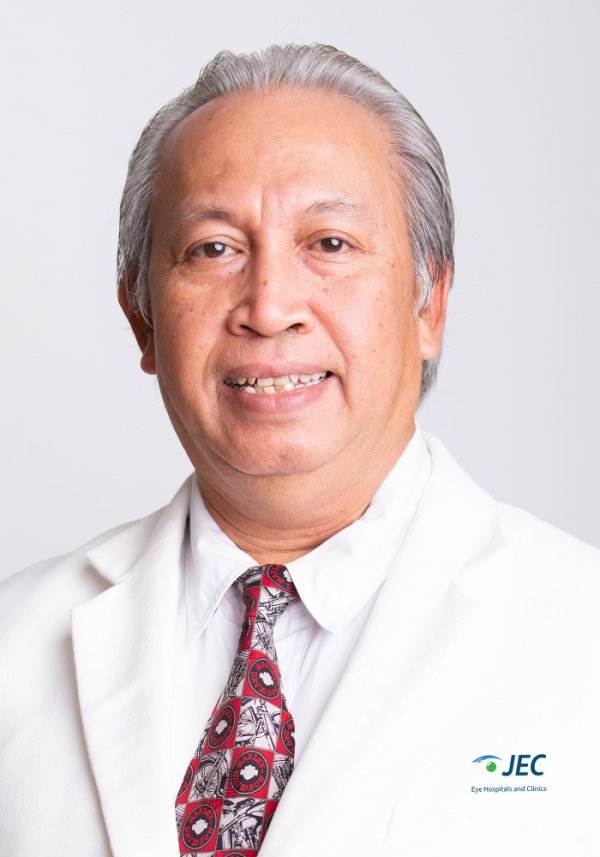 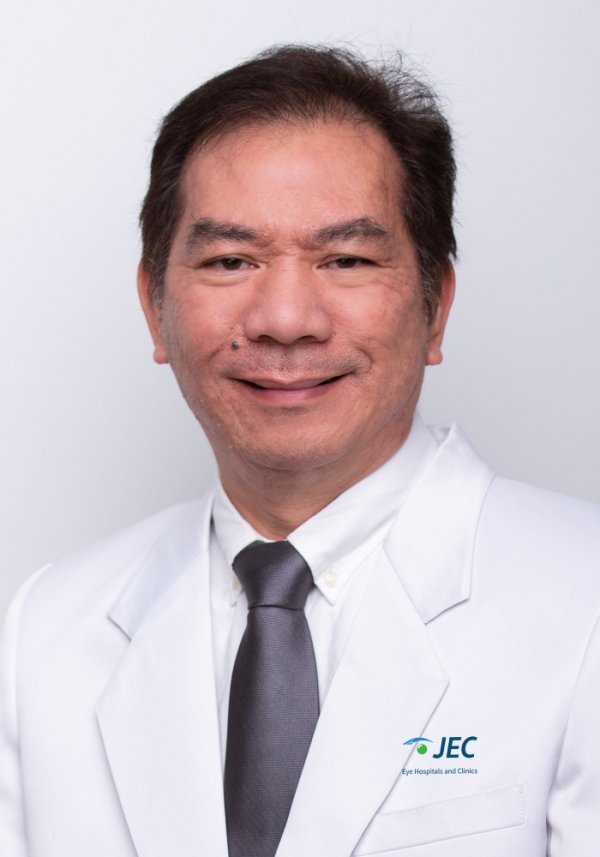 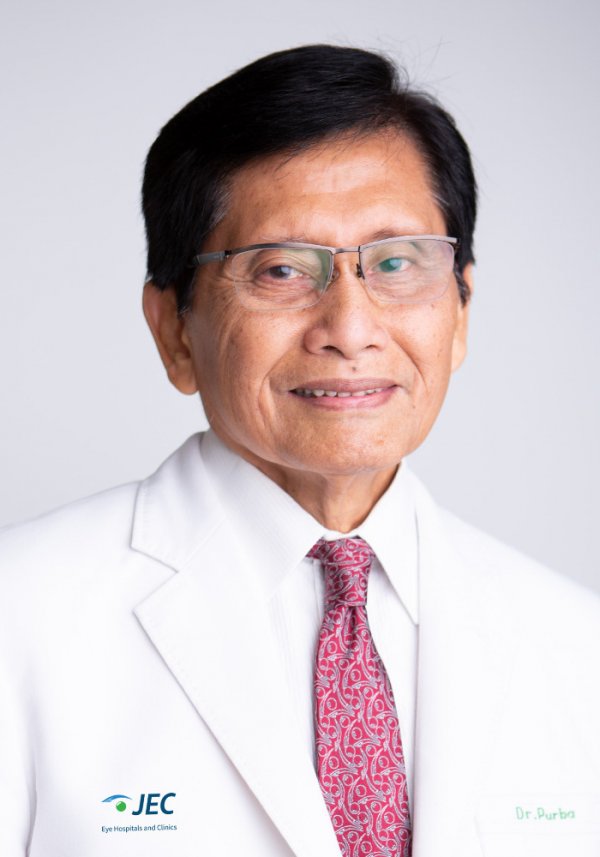