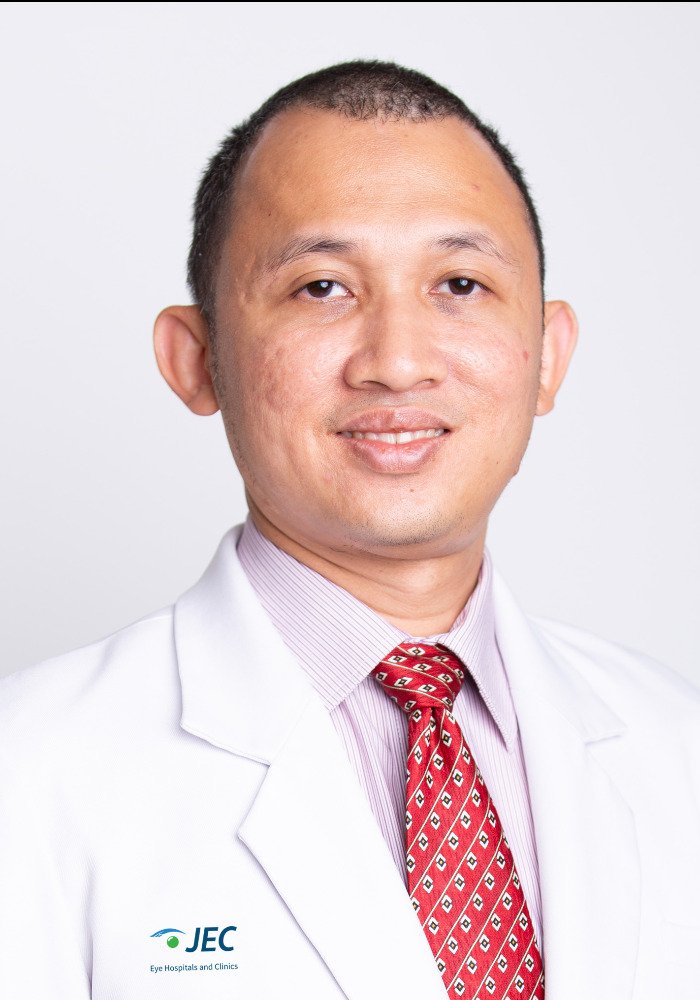 To widen and expand his knowledge, he became a Glaucoma Fellow at Singapore National Eye Center for one year before returning back to JEC. He has done countless glaucoma surgeries and laser interventions, including trabeculectomy surgery, glaucoma implant surgery, selective laser trabeculoplasty, laser peripheral iridotomy, and many more. He also practices on cataract surgery and other general ophthalmology cases. Therefore, he is one of the best ophthalmologists that JEC has in order to give the best to the community due to JEC’s commitment, to give a better vision.